We are a team of players, coaches and sports nerds. Collectively, we share decades of experience playing and coaching at the collegiate, professional and international levels of hockey. Our team is comprised of national champions, as well as collegiate and professional athletes who thrive on sharing their passion and knowledge of hockey to those with big dreams. We are the only licensed Hockey Canada Skill Development Program in the province of Manitoba. Our goal is to help you become more technically proficient, tactically aware and mentally confident.

a means of gradual, progressive change or development;

a process of formation or growth

“The name Evolution was chosen because our programs embody this concept – always improving, always evolving.

If I am the same coach a month from now as I am today, I am not doing my job to the best of my ability. This is the spirit we strive to inspire in both players and coaches.” 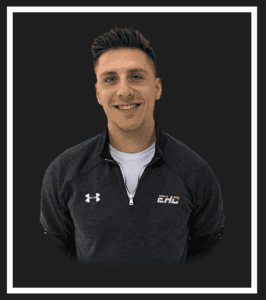 There is no bio yet for Zach Watson. Check back another time. 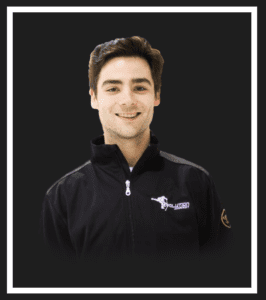 Joe manages all players within the Evolution Hockey mentorship program. You may also notice him in rinks across Manitoba scouting, evaluating and helping young players advance to the next level locally, provincially or internationally.

Joe is also a scout for the USHL’s Chicago Steel. 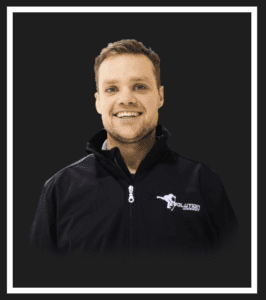 Riley is a certified Hockey Canada skills coach, High Performance 1 coach, and a certified mental game coaching professional. He manages Evolution Hockey’s research and coach development, educating players and coaches on the progressive nuances of the game. Riley also consults with many of Manitoba’s elite amateur and professional players, working on their individual games through video and private sessions.

In addition, Riley is a scout for the USHL’s Chicago Steel and the Director of Player Personnel for the MJHL’s Winkler Flyers. 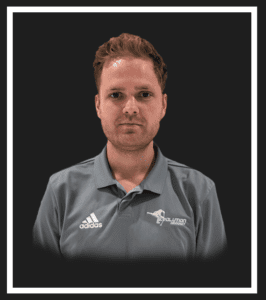 Brett is a Hockey Canada trained skills coach and a High Performance 1 trained coach with Hockey Manitoba. He develops and oversees the company’s Evolution Hockey Club (EHC) program at the U13, U15, and U18 levels for players on the pathway to high performance.

During the off-season, Brett works with many of Manitoba’s best amateur and professional players.

Brett is a skills coach with the MJHL’s Selkirk Steelers and the SJR High School Boys team. 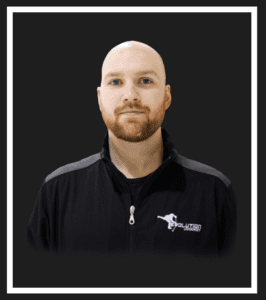 Jake is the lead instructor of the Evolution Play programs for U9, U11, U13, and U15. Jake is passionate about helping young hockey players who want to have fun and enjoy the game. He has a wealth of knowledge at teaching the fundamental skills to help kids progress while having FUN. When young hockey players are with Jake, they know they are going to play games every single session, and have fun working on their fundamental skills.

Jake played four seasons in the MJHL with the Virden Oil Capitals and Selkirk Steelers. Jake led the Steelers with 67 points in 50 games during the 2016-2017 season. 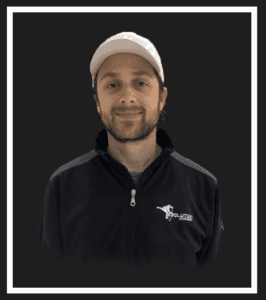 Ryan joined Evolution Hockey in the summer of 2021. He is passionate about developing young athletes through the love of sport. Growing up in small town Manitoba, Ryan played competitive hockey for 15 years. While studying for his diploma in business administration, Ryan moved to Alberta where he was coaching college level volleyball, and post graduation he returned to Manitoba to coach at the University level. Ryan is specifically focused on accelerating talent, building team morale, and encouraging the love of the game. 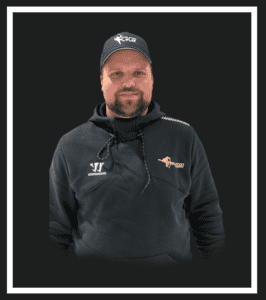 There is no bio yet for Cedric Chenier. Check back another time. 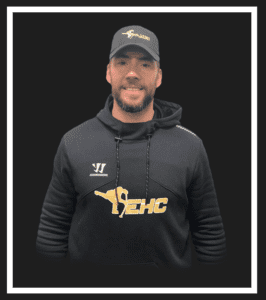 Dale joined Evolution Hockey in the fall/ winter of 2022.

In 2006, Dale attended a try-out with the Dallas Stars Organization. During the 2006-07 season, Dale played 60 games in the Central Hockey League, split between the Oklahoma City Blazers and Rio Grande Valley Killer Bees. Following professional hockey, Dale returned to Manitoba and played on season with the University of Manitoba Bisons Men’s hockey team.

Evolution Hockey is excited to have someone of Dale’s calibre joining the team to help players grow. 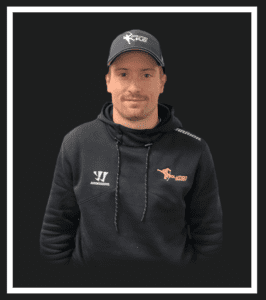 There is no bio yet for Remi Laurencelle. Check back another time. 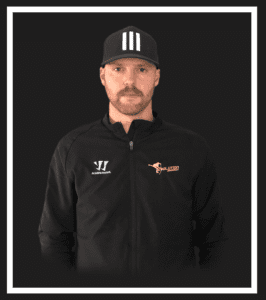 During his hockey career, Brant played in the MJHL, WHL and USPORTS before briefly making a stop in the Central Hockey League. Prior to joining Evolution, Brant spent over eight years in the broadcasting and communications industries, including by the play-by-play commentator for a WHL team. 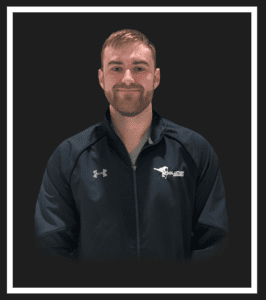 Tristan joined Evolution Hockey in the summer of 2021. His main responsibilities with Evolution Hockey include teaching goaltenders within the Evolution Play and SJR programs. When on the ice, Tristan aims to provide meaningful experiences, improve athlete’s games, and help them reach their potential.

Tristan has a degree as an educational assistant, and applies his teachings to his coaching approach.

Tristan is passionate about the goaltending position, and has been a goaltender since the age of 7. His playing experiences include a stint in the MJHL. 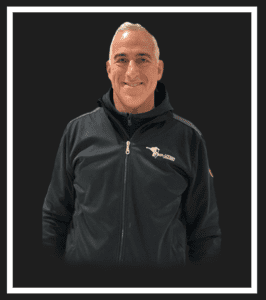 Omar joined Evolution Hockey in the Winter of 2018, and works with goaltenders of all ages and skill levels.

Omar’s love of hockey started on the rinks in Baldur, Manitoba, and later, at Riverview Community Centre in Winnipeg. He is an active coach for the St. Vital Victorias.

In addition, Omar participated in the Arab Cup of Hockey in 2018 for Team Egypt leading the team to their first international win. 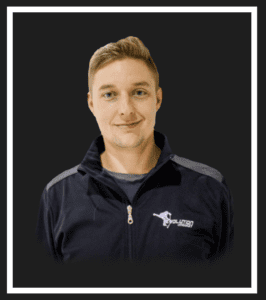 Jesse has been immersed in hockey, and more speciﬁcally the goaltending position, for over 25 years. Through that time, he has amassed a wealth of playing experience and knowledge spanning time in the WHL, USPORTS, ECHL, AHL, and has attended two NHL training camps. Jesse is part of the coaching staﬀ for the Team Manitoba U16 Program of Excellence.